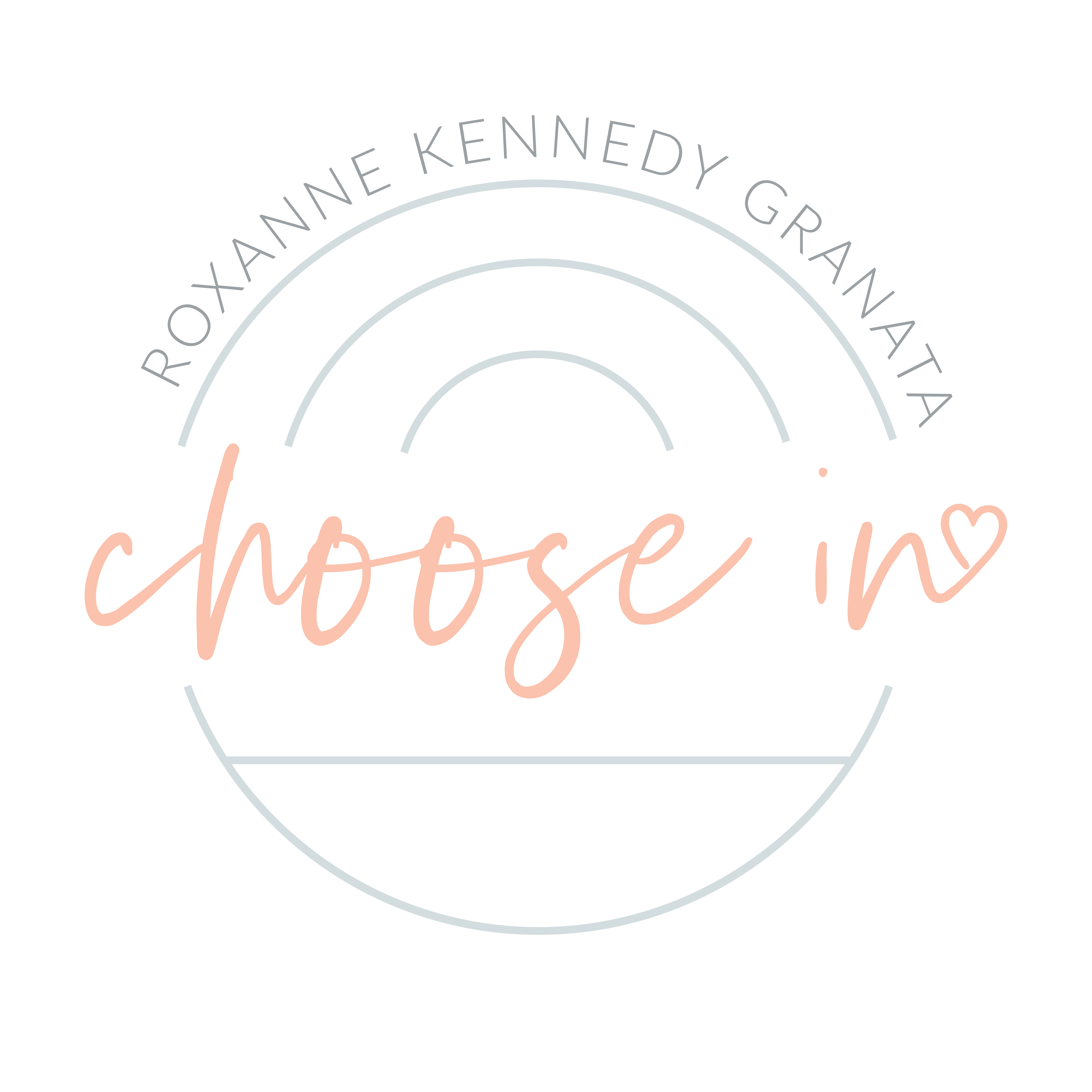 I found pornography for the first time in 1994, 6 months into marriage. Every year or two I would find something else. That first time was a very fuzzy picture as the tv was stuck between stations on pornography. That day I experienced my first discovery day. I was introduced to Betrayal and Trauma. I didn’t know it then but I became totally unhinged from who I used to be. I was angry and anxious. I felt confused and mixed up. And I couldn’t understand why I was having such a hard time. Finding that first thing, even though so small compared to what I would learn in the future, shocked my whole soul. I could not believe it. The severity had nothing to do with how my heart took it. That experience felt the same 20 years later when the severity of his addiction came out. My heart felt the exact same shock as in 1994. Had the addiction progressed? Yes. Was it worse? 100 times worse. But the heart does not know the difference. The pain is the same. I thought I was the only one going through this until I began to open up about my situation and found so many others going through the same thing. Even though the details of the pain were different, I connected with these women because our hearts knew the feeling of betrayal. What I learned was, betrayal takes us down until we decide it’s time. We’ve got to choose to heal. We don’t know how but we feel like we will die if we don’t.

When I began opening my eyes to the reality of my situation, everything began to change. I embraced the work so I could heal me. All that I thought I had control over was a lie; a false belief. Learning key tools gave me my life back. When you Choose In to working with me, I show you how to get past being overwhelmed, stressed, and feeling broken from trauma, to feeling clear and ready to commit to the truth. You can live free from the effects of triggers and pain. You can have freedom and you can be okay again. Whether you are the spouse or ex-spouse of an addict, the parent of an addict child, or are the child of an addict parent, I can help you. Are you ready to take charge of your healing? Everything that I offer from social media posts, my book, podcast and mentoring services, has the same goal and intent; to show you step by step the way out of the pain so you can breathe relief and get your life back.

Need one-on-one mentoring to help you get through life's challenges? I'm here for you.

Listen to my weekly podcast where I share my story and help you Choose In.

I've been  blessed to work with so many incredible people. See what they've had to say. 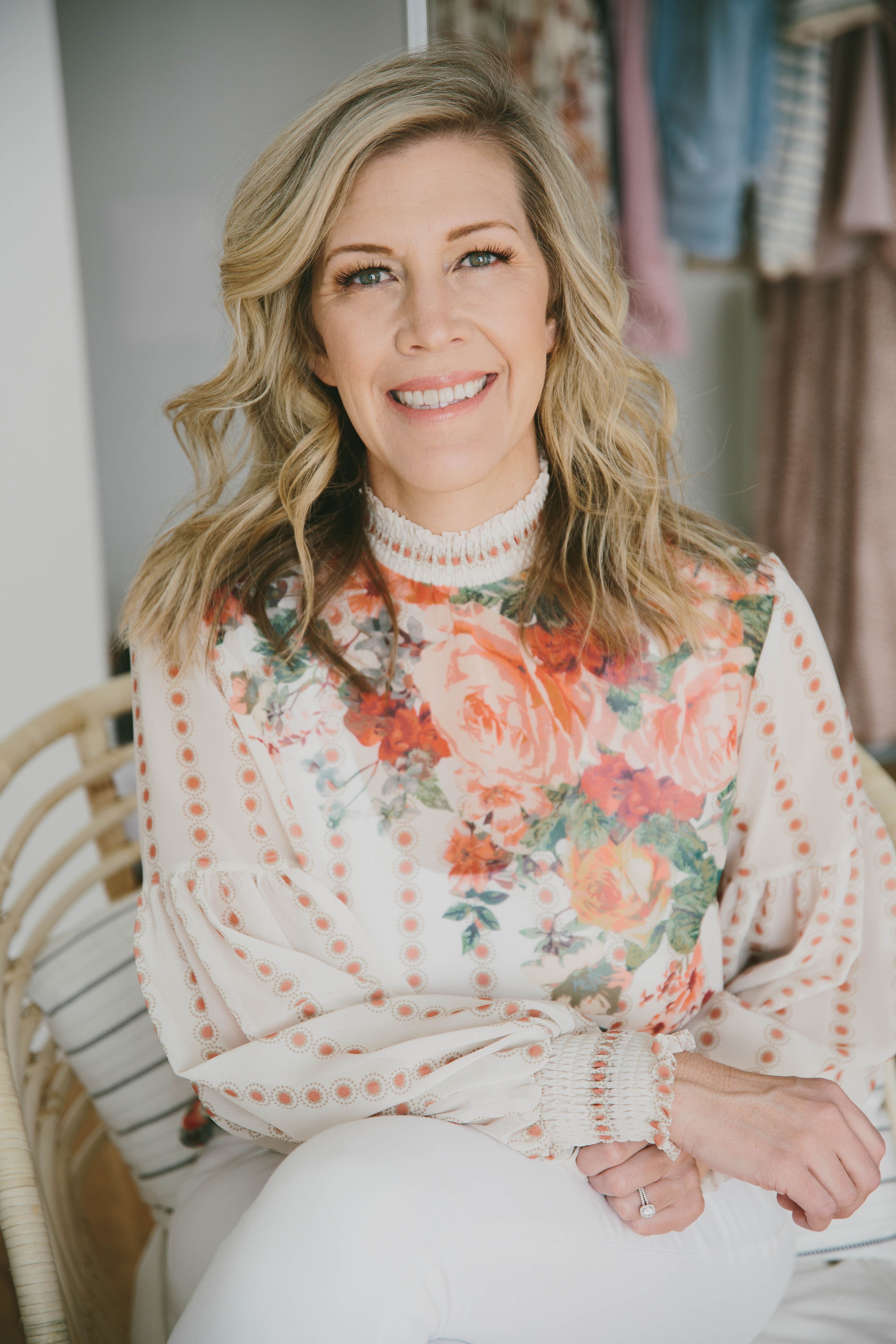 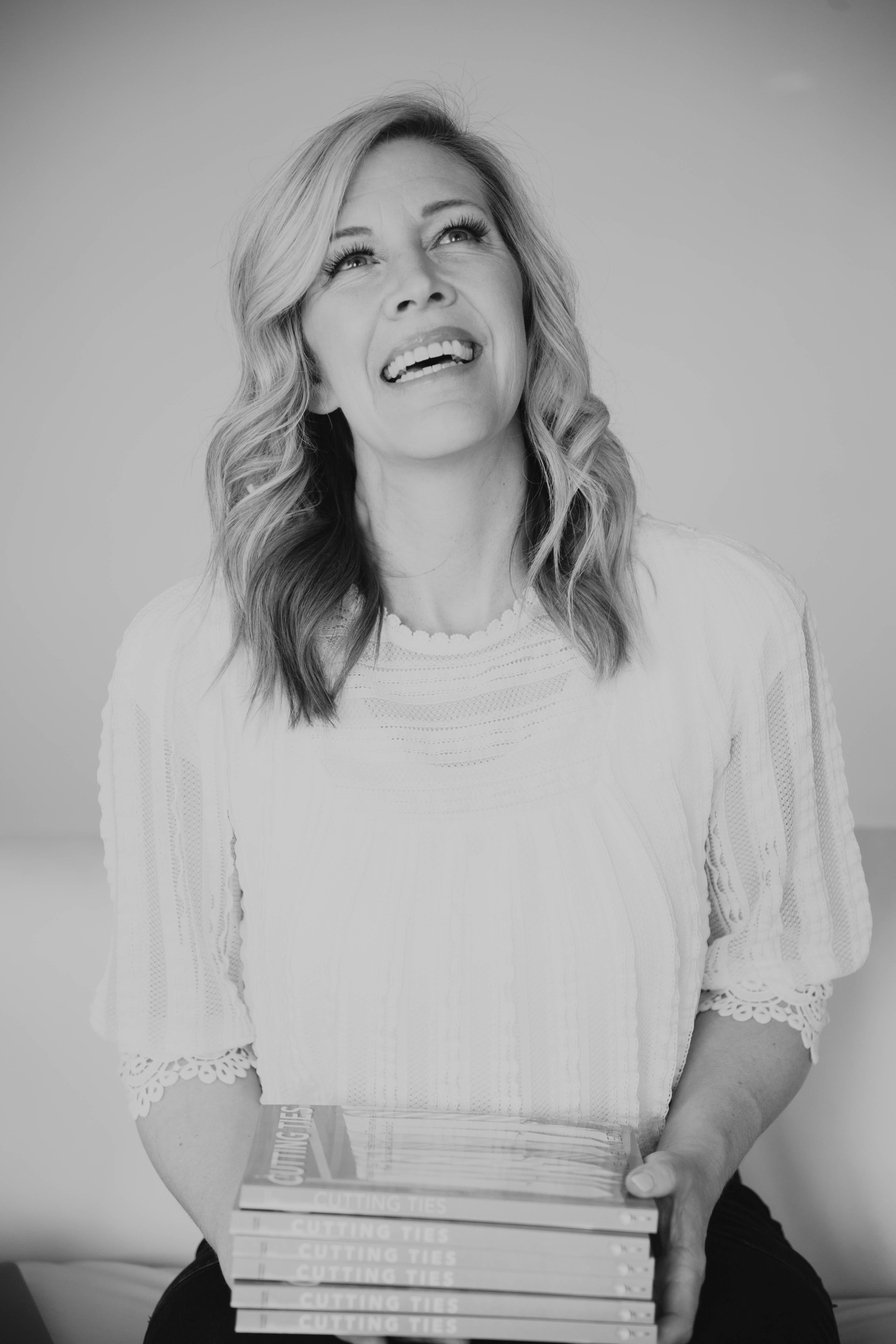 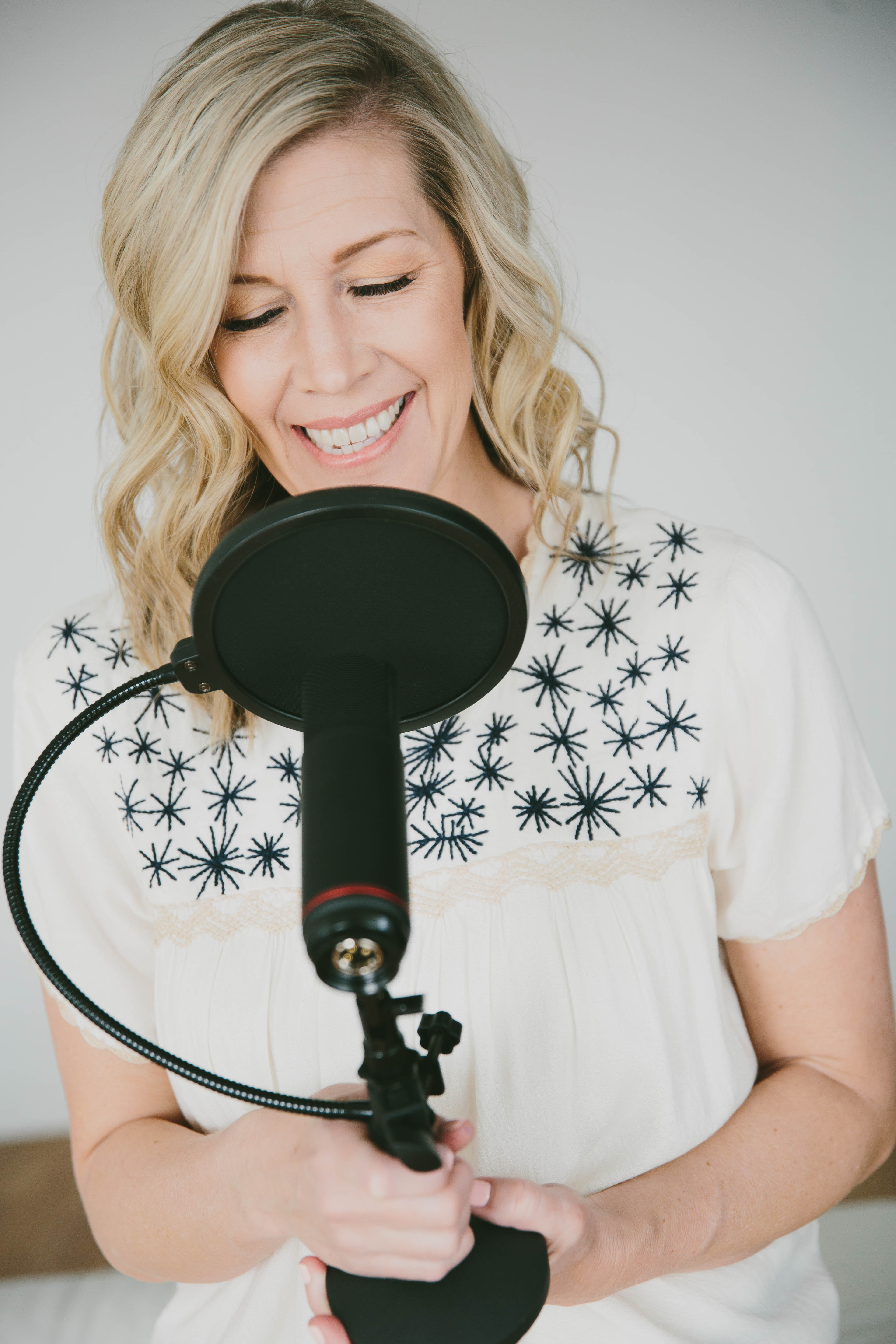 Share your story, ask questions.
Need advice? I can help

Get a FREE Session

Am I in an Abusive Relationship?

Get access to this Free interactive quiz.
Your answers are not collected or saved. It’s for you to personally understand your reality. 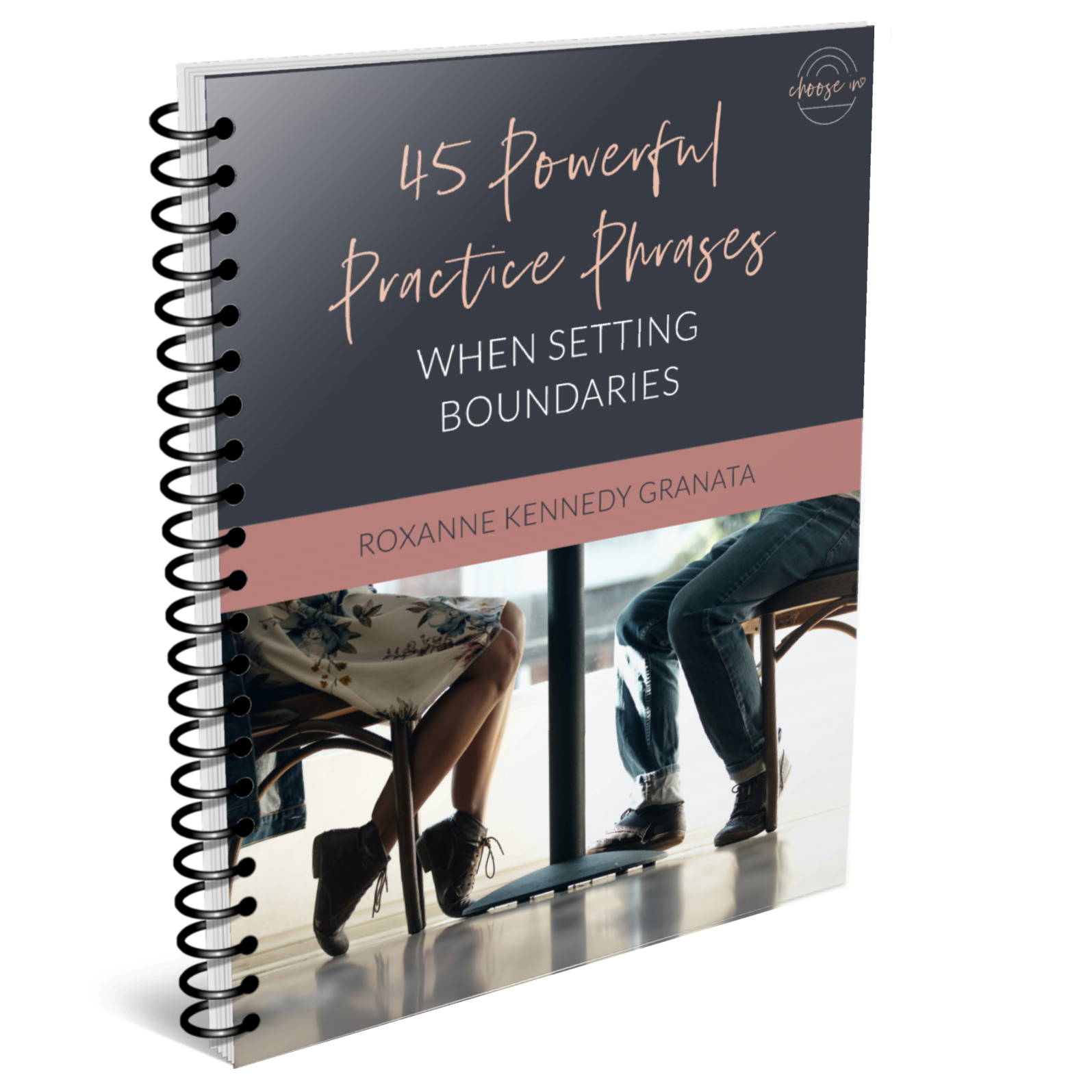 Get the PDF with these powerful phrases today!

This is a PDF download, not a physical copy.

Roxanne Kennedy Granata shares personal life experiences with her audience to connect in an open, honest, and vulnerable way. With over 1,000 hours of study, counseling, mentor groups, and facilitating 12-step partner groups, she has become a specialist in navigating through Betrayal trauma. She is the Author of Cutting Ties – Healing Betrayal Trauma as the Spouse of an Addict, Host of the Choose In Podcast, Motivational Speaker with over 15 years of experience, and a personal Mentor for those ready to uncover what is holding them back. She guides you to see your reality with truth so you can choose healing and move forward in life becoming the best version of yourself. “Go from, I don’t know what to do, to taking action and get your life back.”

Share your story, ask questions.
Need advice? I can help

Get a FREE Session

Am I in an Abusive Relationship?

Get access to this Free interactive quiz.
Your answers are not collected or saved. It’s for you to personally understand your reality.

Get the PDF with these powerful phrases today!

This is a PDF download, not a physical copy.